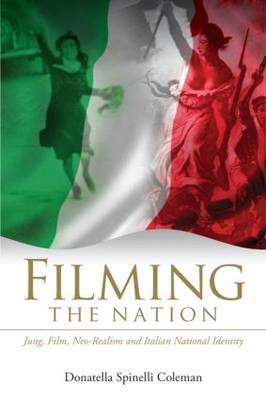 Рейтинг:
Под заказ
Описание
Отзывы
Описание
Italian neo-realism has inspired film audiences and fascinated critics and film scholars for decades. This book offers an original analysis of the movement and its defining films from the perspective of the cultural unconscious.

Combining a Jungian reading with traditional theorizations of film and national identity, Filming the Nation reinterprets familiar images of well-known masterpieces by Roberto Rossellini, Vittorio de Sica and Luchino Visconti and introduces some of their less renowned yet equally significant films.

Providing an illuminating analysis of film images across a particularly traumatic and complex historical period, Filming the Nation revisits the concept of national identity and its 'construction' from a perspective that combines cultural, psychoanalytic and post-Jungian theories. As such this book will be essential reading for all students and scholars of film and psychoanalysis.