A Case of Hysteria (Dora) 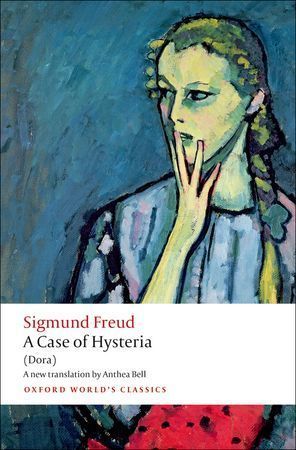 Рейтинг:
Под заказ
Описание
Отзывы
Описание
'I very soon had an opportunity to interpret Dora's nervous coughing as the outcome of a fantasized sexual situation.'

A Case of Hysteria, popularly known as the Dora Case, affords a rare insight into how Freud dealt with patients and interpreted what they told him. The 18-year-old 'Dora' was sent for psychoanalysis by her father after threatening suicide; as Freud's enquiries deepened, he uncovered a remarkably unhappy and conflict-ridden family, with several competing versions of their story. The narrative became a crucial text in the evolution of his theories, combining his studies on hysteria and
his new theory of dream-interpretation with early insights into the development of sexuality. The unwitting preconceptions and prejudices with which Freud approached his patient reveal his blindness and the broader attitudes of turn-of-the-century Viennese society, while his account of 'Dora's' emotional
travails is as gripping as a modern novel.

This new translation is accompanied by a substantial introduction which sets the work in its biographical, historical, and intellectual context, and offers a close and critical analysis of the text itself.

ABOUT THE SERIES: For over 100 years Oxford World's Classics has made available the widest range of literature from around the globe. Each affordable volume reflects Oxford's commitment to scholarship, providing the most accurate text plus a wealth of other valuable features, including expert introductions by leading authorities, helpful notes to clarify the text, up-to-date bibliographies for further study, and much more.
Отзывы
Загрузка комментариев...
Вернуться назад
Поделиться:
Быстрый просмотр
Отследить заказ
Отследить
Более подробную информацию о заказе можно посмотреть в Личном кабинете