The Persistence of Hollywood 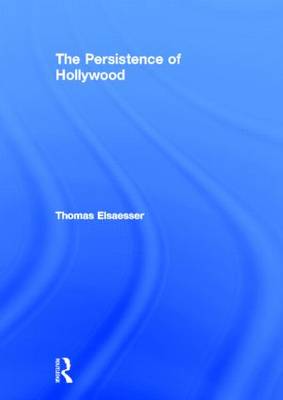 Рейтинг:
Под заказ
Описание
Отзывы
Описание
While Hollywood's success - its persistence - has remained constant for almost one hundred years, the study of its success has undergone significant expansion and transformation. Since the 1960s, Thomas Elsaesser's research has spearheaded the study of Hollywood, beginning with his classic essays on auteurism and cinephilia, focused around a director's themes and style, up to his analysis of the "corporate authorship" of contemporary director James Cameron. In between, he has helped to transform film studies by incorporating questions of narrative, genre, desire, ideology and, more recently, Hollywood's economic-technological infrastructure and its place within global capitalism.

The Persistence of Hollywood brings together Elsaesser's key writings about Hollywood filmmaking. It includes his detailed studies of individual directors (including Minnelli, Fuller, Ray, Hitchcock, Lang, Altman, Kubrick, Coppola, and Cameron), as well as essays charting the shifts from classic to corporate Hollywood by way of the New Hollywood and the resurgence of the blockbuster. The book also presents a history of the different critical-theoretical paradigms central to film studies in its analysis of Hollywood, from auteurism and cinephilia to textual analysis, Marxism, psychoanalysis, and post-industrial analysis.