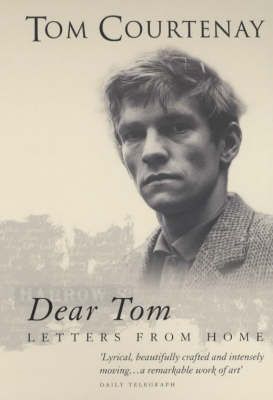 Рейтинг:
Под заказ
Описание
Отзывы
Описание
'I suppose my luck is You, Ann and Dad and more so if I could really write.' Annie Eliza Courtenay

Tom Courtenay was born in Hull in 1937 and brought up near the fish dock where his father worked. When he left home for university, his mother, Annie, wrote to him every week and when her letters became more searching and more intimate in response to Tom's unhappiness he kept every one, not knowing that after her early death they were to become his most treasured possession.

Tom has selected the best of them to go in this book and interwoven with them a portrait of what was going on in his life at the time, in the heady days of the early Sixties when successful young working-class actors were coming to the fore for the first time. Annie's letters are astonishing - wise, funny, with a natural instinct for words, but also deeply painful. She knows she's worthy of a better, more creative life, but she hasn't been given the chance.

Partly a memoir of a working-class way of life that has gone for ever, partly a powerfully moving record of the love between mother and son, partly a portrait of the artist as a young actor, Dear Tom is sure to excite admiration and delight in equal measure.