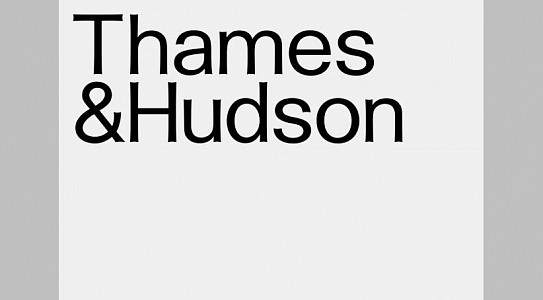 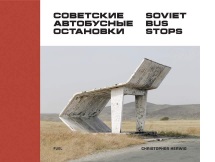 Photographer Christopher Herwig first noticed the unusual architecture of  Soviet-era bus stops during a 2002 long-distance bike ride from London to St.  Petersburg. Challenging himself to take one good photograph every hour,  Herwig began to notice surprisingly designed bus stops on otherwise deserted  stretches of road. Twelve years later, Herwig had covered more than 18,000  miles in 14 countries of the former Soviet Union, traveling by car, bike, bus and  taxi to hunt down and document these bus stops. The local bus stop proved to be fertile ground for local artistic experimentation in the Soviet period, and was built seemingly without design restrictions or budgetary concerns. The result is an astonishing variety of styles and types across the region, from the strictest Brutalism to exuberant whimsy. Soviet Bus Stops is the most comprehensive and diverse collection of Soviet bus stop design ever assembled, including examples from Kazakhstan, Turkmenistan, Uzbekistan, Kyrgyzstan, Tajikistan, Ukraine, Moldova, Armenia, Abkhazia, Georgia, Lithuania, Latvia, Belarus and Estonia. Originally published in a quickly sold-out limited edition, Soviet Bus Stops, named one of the best photobooks of 2014 by Martin Parr, is now available in a highly anticipated, expanded smaller-format trade edition. 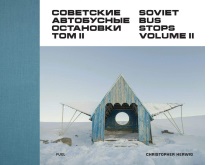 After the popular and critical success of his first book, Soviet Bus Stops, photographer Christopher Herwig has returned to the former Soviet Union to hunt for more. In this second volume, as well as discovering new stops in the remotest areas of Georgia and Ukraine, Herwig turns his camera to Russia itself. Following exhaustive research, he drove more than 9,000 miles from coast to coast across the largest country in the world, in pursuit of new examples of this singular architectural form. 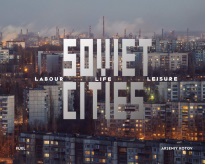 Soviet Cities Labour, Life & Leisure
In recent years Russian cities have visibly changed. The architectural heritage of the Soviet period has not been fully acknowledged. As a result many unique modernist buildings have been destroyed or changed beyond recognition.

Russian photographer Arseniy Kotov intends to document these buildings and their surroundings before they are lost forever. He likes to take pictures in winter, during the 'blue hour', which occurs immediately after sunset or just before sunrise. At this time, the warm yellow colours inside apartment block windows contrast with the twilight gloom outside. To Kotov, this atmosphere reflects the Soviet period of his imagination. His impression of this time is unashamedly idealistic: he envisages a great civilization, built on a fair society, which hopes to explore nature and conquer space. 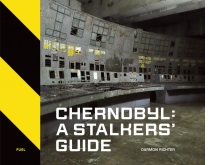 Chernobyl A Stalkers’ Guide
Drawing on unprecedented access to the Chernobyl Exclusion Zone--including insights gained while working as a tour guide and during an illegal "stalker" hike--Darmon Richter creates an entirely new portrait of Chernobyl's forgotten ghost towns, monuments and more

Since the first atomic bomb was dropped, humankind has been haunted by the idea of nuclear apocalypse. That nightmare almost became reality in 1986, when an accident at the USSR's Chernobyl Nuclear Power Plant triggered the world's worst radiological crisis. The events of that night are well documented--but history didn't stop there. Chernobyl, as a place, remains very much alive today. More than a quarter of a million tourists visited the Zone over the last few years, while millions more watched the acclaimed 2019 HBO mini-series Chernobyl. In Chernobyl: A Stalkers' Guide, researcher Darmon Richter journeys into the contemporary Exclusion Zone, venturing deeper than any previously published account. While thousands of foreign visitors congregate around a handful of curated sites, beyond the tourist hotspots lies a wild and mysterious land the size of a small country. In the forests of Chernobyl, historic village settlements and Soviet-era utopianism have lain abandoned since the time of the disaster--overshadowed by vast, unearthly megastructures designed to win the Cold War. Richter combines photographs of discoveries made during his numerous visits to the Zone with the voices of those who witnessed history--engineers, scientists, police and evacuees. He explores evacuated regions in both Ukraine and Belarus, finding forgotten ghost towns and Soviet monuments lost deep in irradiated forests, gains exclusive access inside the most secure areas of the power plant itself, and joins the "stalkers" of Chernobyl as he sets out on a high-stakes illegal hike to the heart of the Exclusion Zone.

Fashionpedia - The Visual Dictionary Of Fashion Design
Fashionpedia is the ultimate fashion bible, containing thousands of fashion items for more efficient and productive brainstorming. Designed to be as visually driven as the people who use it, Fashionpedia contains thousands of fashion items, converting unapproachable technical terms on style, material and production into beautiful charts and infographics. Whether you're an industry insider or a fashion connoisseur, Fashionpedia is all you'll ever need to navigate the fashion scene.

Fashion The Whole Story
This ambitious and fascinating book traces the history of fashion in every part of the world, from Greco-Roman woven-cloth clothing and the silk court dress of the Chinese Tang dynasty to contemporary sportswear designers and Japanese street culture. Organized chronologically, the book traces the evolution of fashion period by period and trend by trend, while detailed timelines provide historical and cultural context. Fashion: The Whole Story is indispensable for everyone who loves the line of a superb suit or knows the joy of wearing a great pair of shoes.

Chanel Catwalk The Complete Collections
The best-selling Chanel Catwalk was the first book to gather every Chanel collection ever created by Karl Lagerfeld in a single volume. Now fully updated to include Lagerfeld's final collections for the house and those of his right-hand and successor, Virginie Viard, this revised edition includes twenty-eight new collections. This definitive publication features a concise history of Karl Lagerfeld and Virginie Viard's time at Chanel as well as brief biographical profiles of each designer. The collections (from Haute Couture and Ready-to-Wear to Cruise and Metier d'arts) are organized chronologically. Each one is introduced by a short text unveiling its influences and highlights and illustrated with carefully curated catwalk images, showcasing hundreds of spectacular clothes, details, accessories, beauty looks and set designs - and of course the top fashion models who wore them on the runway. A rich reference section, including an extensive index, concludes the book. 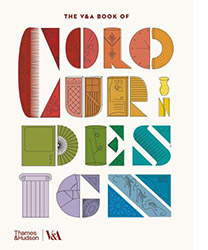 The V&A Book of Colour in Design
A beautifully presented survey of design and the applied arts, explored not by use, material, form or date - but by colour. The V&A Book of Colour in Design is attractively simple: a celebration and exploration of colour, as revealed through objects in the world-class collections of the Victoria and Albert Museum in London. Structured by colour, it offers fascinating insights into the choices made by designers and makers from across the world and throughout history.

Each chapter begins with a brief introduction that considers the history, symbolism, and use of an individual colour. Objects - from items of jewelry, textiles, glassware and ceramics to furniture and more - are reproduced in a visual selection that explores the varied hues of every colour. However different objects within each section may be in their detail and meaning, they are united by their common colour, revealing surprising connections between them. Throughout, narrative captions bring together disparate items from across the V&A's collection to explore the universal significance of colour in art and design. 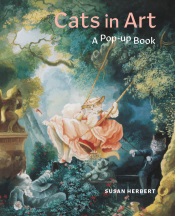 Cats in Art A Pop-Up Book
You may be familiar with Old Master paintings; you may even be familiar with cats inserting themselves into Old Master paintings - but you've never seen them in three-dimensional pop-up form. Cats in Art: A Pop-up Book celebrates the work of Susan Herbert, whose paintings have been delighting the world since her very first collection, A Cats Gallery of Art, was published in 1990. Since then, her work has appeared in numerous books, featuring cats in iconic works of art, as well as scenes from operas, Shakespearean plays and films, all with her trademark blend of humour and ability to capture those essential feline characteristics so instantly recognizable to cat lovers everywhere.

In this new compilation of her work, six of the all-time best-known and loved works of art, spanning the 15th to the 19th centuries are transformed into three-dimensional form by renowned paper engineer Corina Fletcher. Each of these clever and charming feline tableaux is accompanied by engaging and lively text, telling a mini-story of the drama unfolding on the page. 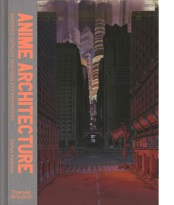 Anime Architecture Imagined Worlds and Endless Megacities
Anime Architecture presents the most breathtaking environments created by the most important and revered directors and illustrators of Japanese animated films. From futuristic cities of steel to romantic rural locales, the creators of anime have conjured memorable and painstakingly detailed worlds, the influences of which have been felt across cinema, literature, comic books and videogames for decades.

This volume offers a peerless survey of these cinematic arenas - including materials from Akira, Ghost in the Shell, Patlabor, Neon Genesis Evangelion and Tekkonkinkreet - through original background paintings, storyboards, drafts, sources of inspiration and film excerpts.

A celebration and resource produced in direct collaboration with the original Japanese production studios, Anime Architecture offers privileged views into the earliest conception stages of iconic scenes, through to their development into finished films. Anyone who has been touched by the beauty and imagination of classic anime will find page after page of revelation and inspiration. Containing the often secretive creative processes of the major anime studios, this enthusiast's treasure trove will have its significance for future generations of artists, illustrators, architects, designers, videogame makers and dreamers. 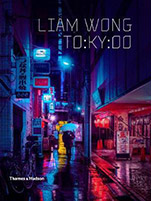 TO:KY:OO
A testament to the art of colour composition, this book - art directed by Wong himself and produced to the highest printing standard - brings together a complete and refined body of images that are evocative, timeless and completely transporting. Rounding out the volume's special treatment is the first publication use of the 45/90 font, designed by Henrik Kubel, of London-based A2-TYPE.

The book also features a section that reveals the creative and technical process of Wong's method, from identifying the right scene to making a good composition, from capturing the essence of a moment to enhancing colour values and deepening an image's impact - insights that will be invaluable to admirers and photography enthusiasts alike.